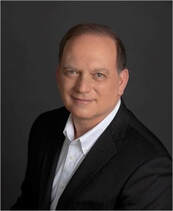 Dr. Parker has played a major role in some of the most significant conflict resolution efforts of our time to include efforts on the Korean Peninsula, Europe and the Middle East. He has served as the Chief Executive Officer at the EastWest Institute, a global NGO committed to conflict prevention and resolution with offices in New York, Brussels, Moscow, Istanbul and San Francisco. He is a retired senior naval officer with commands at numerous levels and significant combat experience.
An award-winning author, his 2016 book entitled Guaranteeing America’s Security in the Twenty-First Century, is considered a practitioners’ guide to U.S. national security. Dr. Parker has published over fifty articles and co-authored the book Jihadist Strategic Communication. He is an accomplished speaker and frequent guest commentator in global media on issues of national security and the global economy. He appears in, and consulted on, the 2016 Discovery Channel documentary Sonic Sea, which received an Emmy Award for Best Nature Documentary in 2017.  Dr. Parker has a B.S. from the U.S. Air Force Academy, an MPA from the Harvard-Kennedy School of Government, and a PhD from George Mason University in Molecular and Microbiology.
Episode 6 - James S. Gilmore III - He was Ambassador and Permanent Representative to the Organization for Security and Cooperation (OSCE) and the 68th Governor of Virginia.
Episode 5 - Jenifer Austin - Managed and was co-founder of the Google Ocean Program.
Episode 4 - Guest Teed Michael Moseley - Retired 4 star Air Force General
Episode 3 - Guest James P. Flynn
Episode 2 - Guest Irene Finel-Honigman
Episode 1 - Guest James L. Creighton