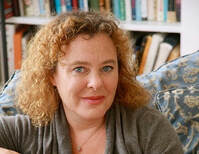 Do you remember the days when we would lovingly make mixed cassette tapes for our friends, family and ourselves? Mixes of favorite songs from an artist or band, dance music, mellow music, songs on a theme, songs to drive to? It's hard to remember a world without Spotify playlists but for 30 years or so we made do with cassettes even if they would occasionally  drive us crazy by unraveling.

In that spirit and taking a page from the legendary DJ Pete Fornatale, who she  grew up listening to
on  WNEW FM, and who had a show called Mixed Bag, Susan Golomb will be playing a variety of music in her new show Mix Tape. The songs will  mainly be from the eras of the mix tape-the 60, 70s, and 80s but she'll throw in older and newer tunes as well.

Susan Golomb is a literary agent who specializes in literary fiction and narrative non-fiction. She divides her time between New York City and Rhinecliff. She caught the DJ bug when she guest dj'ed for WDST, the Woodstock radio station. Her love of music began when her mother enrolled her in jazz and ballet classes from the age of 6. Though she rebelled in her teenage years and stopped the classes, they lay a foundation that made her able to bust some cool moves at concerts and clubs. Memorable concerts she saw include David Bowie's 1978 tour which was captured on his Stage album, seeing Patti Smith at the small club The Turning Point where she stood right at Patti's  feet, seeing the Talking Heads in Forest Hills in 1983 which was captured in Jonathan Demme's Stop Making Sense documentary, seeing her idol Laura Nyro at The Bottom Line,  The Psychedelic Furs in Britain's punk center Camden Town and the Cramps at the Peppermint Lounge. She's excited to share her love of rock, soul, r&b, jazz fusion, folk, punk, new wave, Broadway tunes and more in her new show.
Episode 10 Part 2 or 2 (See full description in Part 1 below)
Episode 10 Part 1 of 2: ​It’s no secret to listeners of my show mixtape that I have a thing about David Bowie and his music so for this very special episode I’ve brought along my friend, musician/singer songwriter and author Robert Burke Warren, to help explain why. Robert and I sent a list of our top favorite Bowie songs to each other and these six are some of those where our choices overlapped. Robert has been performing a Bowie tribute concert for the past five years so he is intimately familiar with the chord progressions,  key changes and other stylings that make these songs so great. I hope you enjoy his demonstration and our spirited discussion. And yes, you can blame me if you become a Bowie obsessive too.
Episode 9 - ​Between Covid, the opioid crisis and a rise in suicides, this past year has seen the tragic loss of so many. Which is all the more reason to honor them on Dia de Los Muertos or The day of the Dead. On this holiday, which originated in Mexico, people serve food and drink and celebrate their loved ones. In that spirit (pun intended), here are some songs to provide solace, inspiration, companionship and even levity.
Episode 8 - The mysterious moon has inspired so many memorable songs. In my most eclectic show to date here are jazz standards, Broadway tunes, pop, punk, alternative and classic rock ranging from the crescent to the whole of the moon😉.
Episode 7 - From the silly to the sad to the sublime here are songs of the sea and ocean. Hopefully they’ll rock your boat.
Episode 6 - Who let the dogs out? And let the stray cats strut? And the horses run free? Your Mix Tape DJ that’s who. Bringing you a musical menagerie. A tribute to our fine furry friends and some scaly ones too.
Episode 5 - Now that spring has sprung, to put  that spring in your step here are flowers and sunshine brought to you by the soothing sounds of the 70’s, soul, funk and even a little blues for those of you just not feelin’ it.
Episode 4 - Rhinecliff is situated along the mighty Hudson and so in tribute  the theme of my 4th show is Rivers. Our banks runneth over with great songs on this subject so from the American Song Book, to country, new wave, gospel  and more I explore the many musical manifestations of Rivers. ​
Episode 3 - In tribute to the Catskill Range across the Hudson River from Rhinecliff, Susan will devote this third installment to the theme of Mountains. The songs she's chosen use the many metaphors of mountains be they for the lengths we go for love or our other struggles.The final two songs are simply about the transcendent nature of mountains themselves. She'll throw in some songs about hills for good measure!
Episode 2 - ​In this second installment of MixTape Susan Golomb will chronicle through songs the many ways New York City has changed from the 70's to the present. A bittersweet love story weaving through the streets and told through the words and music of artists ranging from Lou Reed to LeTigre to LCD Soundsystem.
Episode 1 - Happy New Year with tunes about the pure state of happiness, wherever one can find it whether it be derived from music or nature. She hopes you enjoy.