Drinking on the Edge 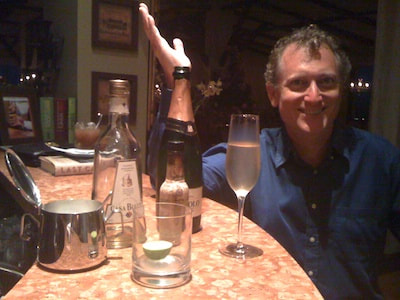 Adult Beverage Industry veteran David Furer takes you on an alcohol-fueled adventure through our drinking worlds near & far; past, present, and future. Fermented and distilled bevies from the mid-Hudson Valley to the world's most remote locales will be highlighted with guest appearances by many of their creators. Plenty of good info and fun to be had but ya gotta BYO!
Episode 2
Home to the greatest number of the US's finest Rieslings, as well as numerous other fine whites, bubblies, and the occasional red wine is none other than New York's own Finger Lakes appellation. A rising star in its firmament is Nova Cadamatre's Trestle 31, her family operation benefiting from skills she learned and applied working at some of California's most famous wineries. Zooming in, she shared her love of the area and its wines, stepping aside to allow Finger Lakes Distilling's Brian McKenzie, a founding member of Empire Rye, to talk about his excellent rye and his gin distilled from grapes grown in the FLX. Brian's professional curiosity extends not only to two vermouths he'd a hand in creating, sharing those so Matt could create Martinis and Perfect Manhattans, but also to beers. Brian's played a role in two of the four beers his friends at Lucky Hare Brewing we thoroughly enjoyed, all made mostly with malts and hops grown in this unique, scenic region.
Episode 1
​In an effort to set the bar weirdly, David's first Drinking on the Edge was buoyed by a round of unusual beers, wines, and spirits.
First up were two Belgian beers from the relatively large (for Belgium) Timmerman's brewery; a 2012 vintage Gueuze and a 2019 Kriek (cherry) shared with Epicurean regular Mike. Secondly he popped corks on two bottles of Spain's leading bubbly, Cava; a fresh & young basic brut from Vilarnau best-suited for relaxing after (or during) a tough day at work, the second a serious 2015 vintage Gran Reserva from Roger Goulart.
Third and finally he was helped along in tasting a Mexican spirit native to the Chihuahuan Desert, sotol, by Epicurean whiskey lover Martin. This Los Magos brand is the best example of sotol David's tasted to date, and it dazzled Martin, too.