​Hot Nineties at Nine! (At Eight!) 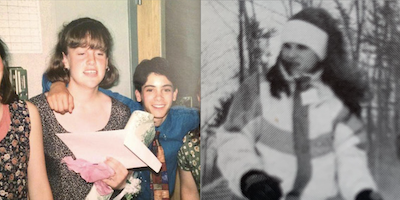 Hosts ​Dana Colleen & Kate Cox bring you Hot Nineties at Nine! (At Eight!.) An homage to the radio-fueled soundtrack to the decade that blossomed at the end of history.  With what we thought was the end of the Cold War, 80s synth sounds faded away to let grunge, emo, rap, R&B, boy bands and teen sirens take the airwaves by storm.  So, throw away those Columbia House collection notices and enjoy all of the music with none of the guilt!
Dana has been living in the nineties since 1986 and ​Kate is still wearing the warm glow of having been nominated 8th grade prom queen in 1993.