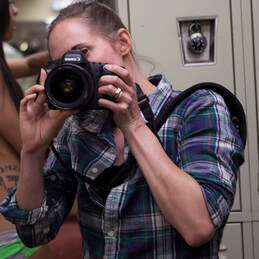 ​Poppy de Villeneuve is an Anglo-American documentary film-maker. Her recent documentary Destiny on the Main Stage follows four women in the strip club industry in America’s Bible Belt, a nuanced look at women in a way we rarely see. She has a passion for encouraging men and women to talk about difficult subjects, believing in bridging the divide between us by revealing the struggles and joy we collectively endure.
​
In Poppy’s show What Made Me she talks to people about a moment, event or set of circumstances in their lives that has challenged and informed who they are today. Whether that be religion, family, addiction, loss or joy or simply just time. What is at the heart of transformation and how do we make it happen? How do we find a homecoming to ourselves and to our community and what gives our lives meaning?
Episode 4 - When Kingsley was a young man, he accidentally shot and killed his ex-girlfriend. He spent ten years in prison, which ultimately, with the help of a spiritual leader and the writings of MLK, taught him how to move forward and how to finally forgive himself. He read anything he could get his hands on, including the dictionary cover-to cover and completed two college degrees. He decided to find a way to be service to his community on the other side and learnt how not to take a moment of your life for granted.
Episode 3 - In this episode Justin takes us through his childhood with his mother, his run in with the law, working at dance clubs in the UK and the turning point that put him on track to find his true purpose.
Episode 2 - This weeks episode we talk to Amy who was raised in the Mormon church in Alberta, Canada. We talk through the decisions she made to free herself from other people’s expectations and how spirituality lives in her life now.
Episode 1 - Valentine's Day special - Poppy talks to Carolyn & then Wesley about how they became a couple and their unexpected connection on the train to D.C. and how staying open brought them love and new beginnings and how both saw the experience from their own perspectives.