The Back Room with Andy Ostroy
New episodes stream every Friday at 9:00 pm
​Available Saturday mornings on all major podcasting platforms. 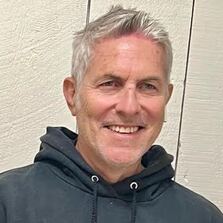 The Backroom with Andy Ostroy offers an unscripted, humorous no-holds-barred take on politics and pop culture along with interviews with smart, funny and engaging politicians, celebrities, entertainers, journalists, media personalities, businesspeople/entrepreneurs and other prominent folks. Each week we’ll dissect the unprecedented madness in the world and try to make sense of it all.
​
Andy Ostroy is a filmmaker, producer, writer, Tweeter, podcaster and former marketing entrepreneur. He was married to actor and filmmaker Adrienne Shelly who was murdered in 2006. He is also the founder and executive director of www.adrienneshellyfoundation.org, which supports women filmmakers and playwrights with production grants.