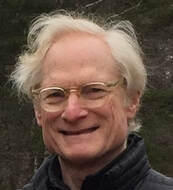 Have you ever wondered where jazz comes from—or even what it really is? Cliff Notes will explore its wonderfully inventive mixture of such elements as African drumming, call and response, the blues, European classical music, Brazilian music, pop, and Broadway show tunes. We will listen to recordings by the greatest improvisers, jazz composers and arrangers of all time. George Beckwith will share his insight, inspiration and passion for the music, but most importantly, he will play some great tunes for your listening pleasure.