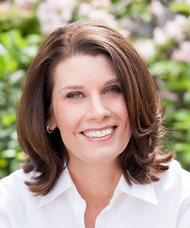 Host ​Kitty Pilgrim is an Emmy award-winning journalist who worked as both a correspondent and an anchor at CNN for nearly three decades, interviewing countless world leaders and public figures, and reporting on a wide range of topics including economic news, domestic politics, international affairs.   Her broadcasts were viewed in more than 100 countries around the world.  She has long been interested in exploration and the natural sciences, writing three romantic thriller novels with scientific themes published by Scribner.  The intention of the novels was to glamorize careers in exploration and science and attract young women to the field.  Kitty is a member of the Explorers Club in NY, a fellow at the Royal Geographical Society in London and has been an active participant in many public events revolving around science, including moderating panels at the National Academy of Sciences in Washington and the New York Hall of Science in Queens NY. She is dedicated to the promotion of STEAM – Science, Technology, Engineering, Art and Math.  She is a lifelong resident of Dutchess County and raised her family in Rhinecliff NY, where she lives today.

STEAM  (Science, Technology, Engineering, Art, Math)  STEAM is the celebration of using our minds for the better good of mankind both in science and art.  We look at pure science of math, technology and engineering and expand to the field sciences of exploration, geography, astronomy, oceanography and climate science, zoology and the study of medicine.  We examine how art intersects with science, from the elegance of a beautifully designed video game to the most poetic writing, paintings and film depicting the natural world.  In this show, STEAM brings you the latest of scientific ideas and ingenuity, creativity and self-expression.
Produced by Kitty Pilgrim, Matty Rosenberg, and ​Jennifer Hammoud @ Radio Free Rhinecliff